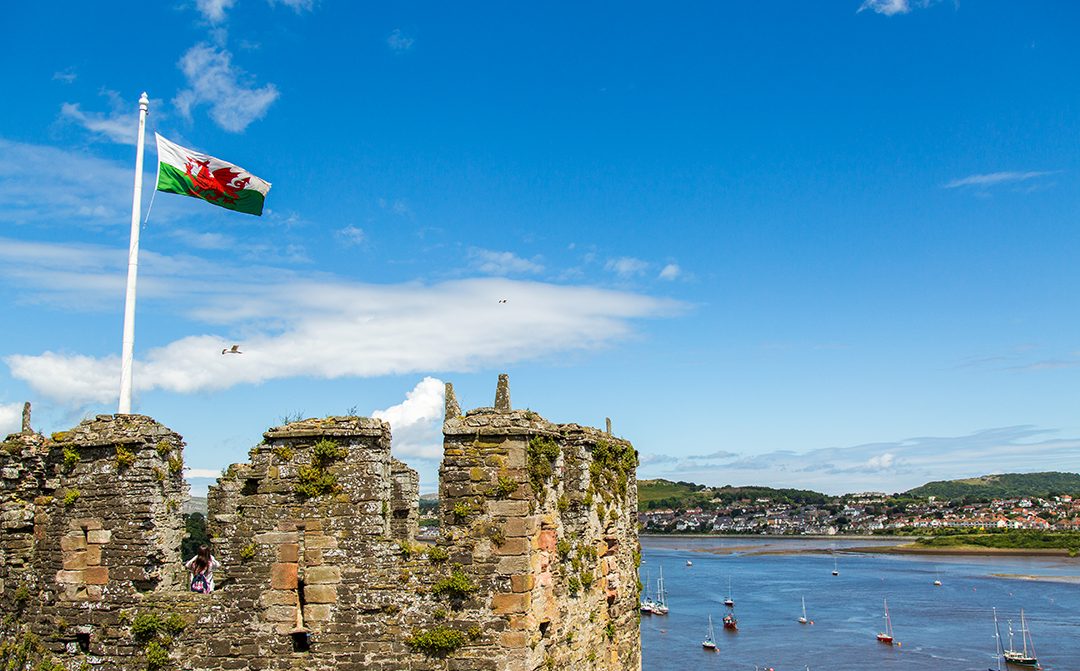 Misty mountains and legendary red dragons help, but more than anything it is the hundreds of castles that preside over the rugged landscapes that give Wales its from-the-pages-of-a-fantasy-novel atmosphere. Discover a mammoth medieval fortress, mysterious myth-shrouded ruins and a romantic Victorian reimagination and more in this guide to 6 of the best castles in North Wales.

This herculean cluster of walls and towers rises from a crag at the river-mouth-facing corner of Conwy, a walled medieval fortress town backdropped by the mountains of Snowdonia. Conwy and its castle were built in the 1280s by King Edward 1st of England as part of the Iron Ring of fortifications he clamped around North Wales to cement his victorious invasion.

During its long history, the castle has endured Welsh rebels’ sieges, played a role in the Wars of the Roses and served as a prison. It was partially demolished following the English Civil War and later fell into ruin. While the mighty walls and towers lay crumbling, they become a popular inspiration for Romanic artists who flocked to the area to try their hands at translating Conwy Castle’s awe-inspiring presence and aura of ancient mystery into paint.

During the 19th century, Conwy was partially restored. Visit today, and you can stand atop the battlements and survey the views that stretch from the mountain peaks, down over the medieval streets of the town and out over the ocean – just as medieval kings of old would have centuries before you.

Never mind the best castles in Wales, according to UNESCO, Conwy stands among the best fortresses of its age anywhere in Europe. 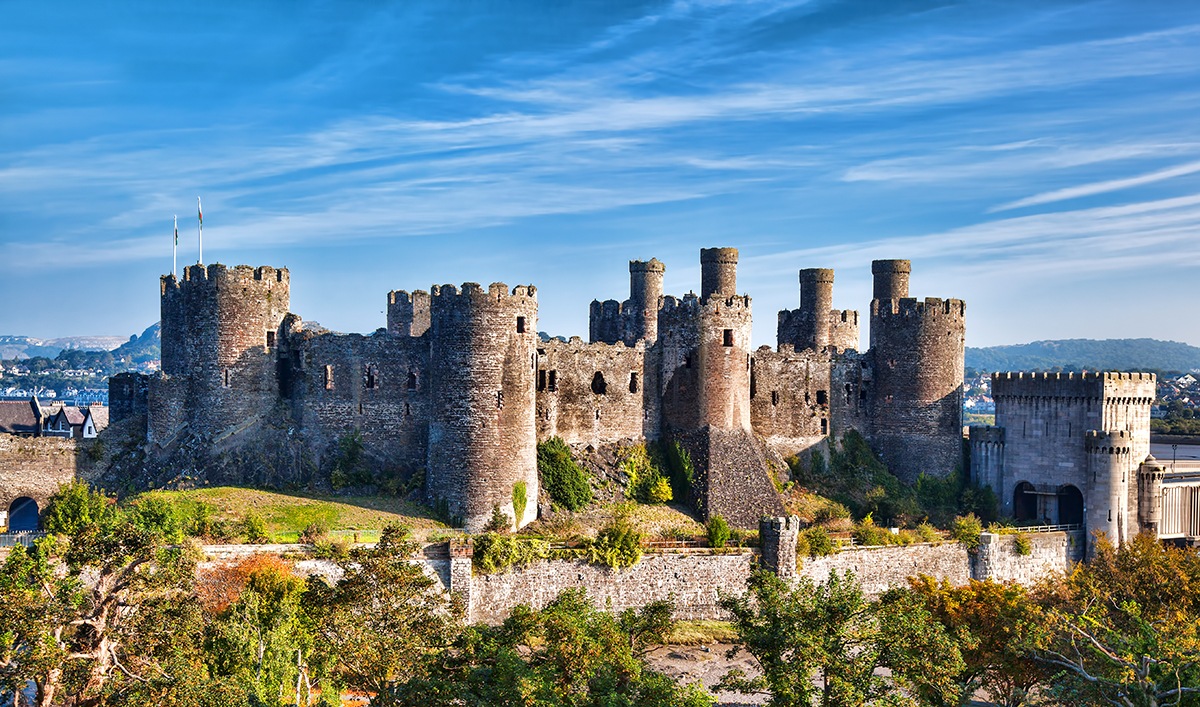 Originally an imposing border fortress, now a lavish country house, Powis Castle was built by a medieval Welsh Prince to shield his realm from invasion. As an example of a native Welsh fortress rather than one built by English invaders, Powis is one of the best castles in North Wales.

During the 16th century the castle passed into possession of the Herbert family who began the long process of dressing its rough stone fortifications in the veneer of genteel refinement visible today. Powis Castle houses one of the finest collections of paintings and furniture in Wales and is surrounded by the descending terraces, lead statues and clipped yews of its world-renowned baroque gardens.

Within its mighty medieval walls you will also find the dazzling legacy of one of the castle’s most famous former residents, Clive of India. While outmanoeuvring the French and local native rulers to lay the foundations of British colonial rule in India, Clive amassed a huge collection of exquisite oriental textiles, statues, weapons and other artefacts. This treasure is now exhibited within a dedicated museum inside the castle. 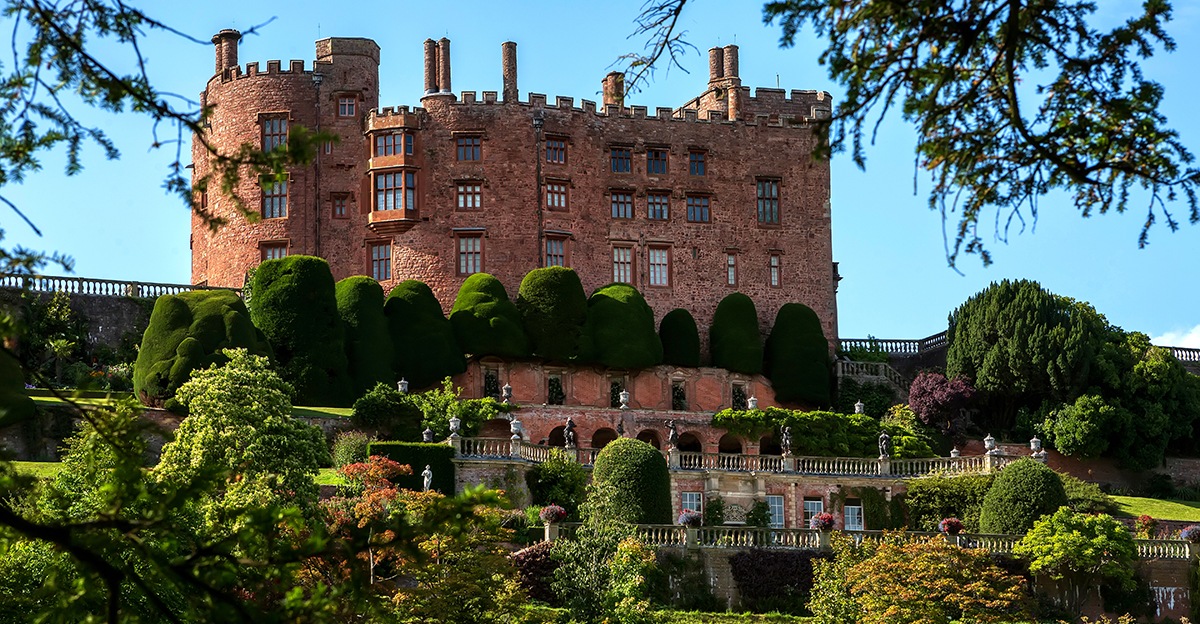 Chirk Castle has loomed over the Welsh-English borderlands from its high outcrop vantage since the 1300s. Built during the reign of Edward I to guard the mouth of the Ceiriog Valley, its thick stone walls are an immovable symbol of the then newly secured English dominance over the surrounding area.

The castle’s gardens are a collage of sculpted hedges, herbaceous borders, rock gardens and terraces. Running through a section of the 18th-century parkland that extends beyond is a length of the ancient earthwork Offa’s Dyke. The grounds are also home to the 1000-year-old Oak at the Gate of the Dead.

Enter the castle, and you’ll discover Chirk’s outer beauty extends deep within. Among the last lived-in castles in North Wales, its long line of occupants have extended and embellished the interiors with many succeeding architectural and decorative fineries. Highlights include the 17th-century long gallery, the 18th-century tapestry bedecked saloon and the 1920s style bow room. 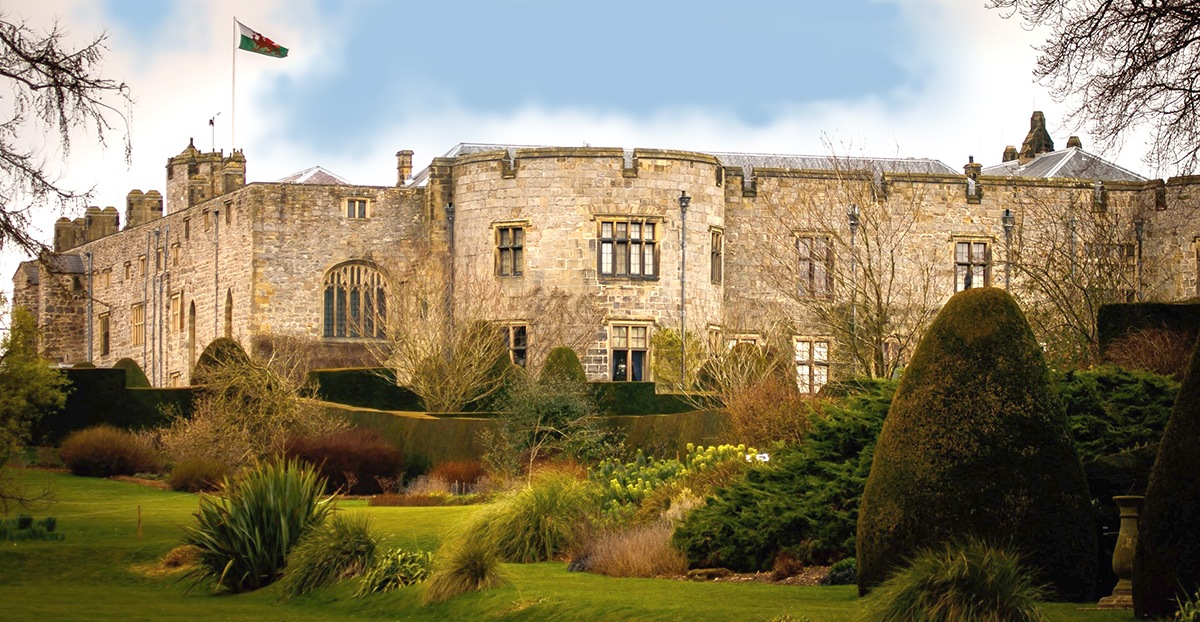 Dinas Bran, or ‘Crow’s Castle’ in English, was built in the 12th century by an ancient prince of Powys. The former stronghold’s weathered remnants crown the earthen ramparts of an even older Iron Age hillfort that protrudes high above and loftily detached from the sweeping green valleys below.

Of all the castles in North Wales, Dinas Bran is the most shrouded in myth and legend. One tale tells of a Norman knight who resolved to stay at the castle overnight after hearing no one else ever had for fear of the evil spirits said to dwell within it. The story goes that the fall of darkness ushered a raging storm from which emerged a mace-wielding giant. Armed with his shield, sword and cross, the knight defeated the giant, who, mortally wounded, revealed the existence of a great buried horde of swan, peacock and horse idols along with a huge golden ox, but took the secret of its location to the grave. 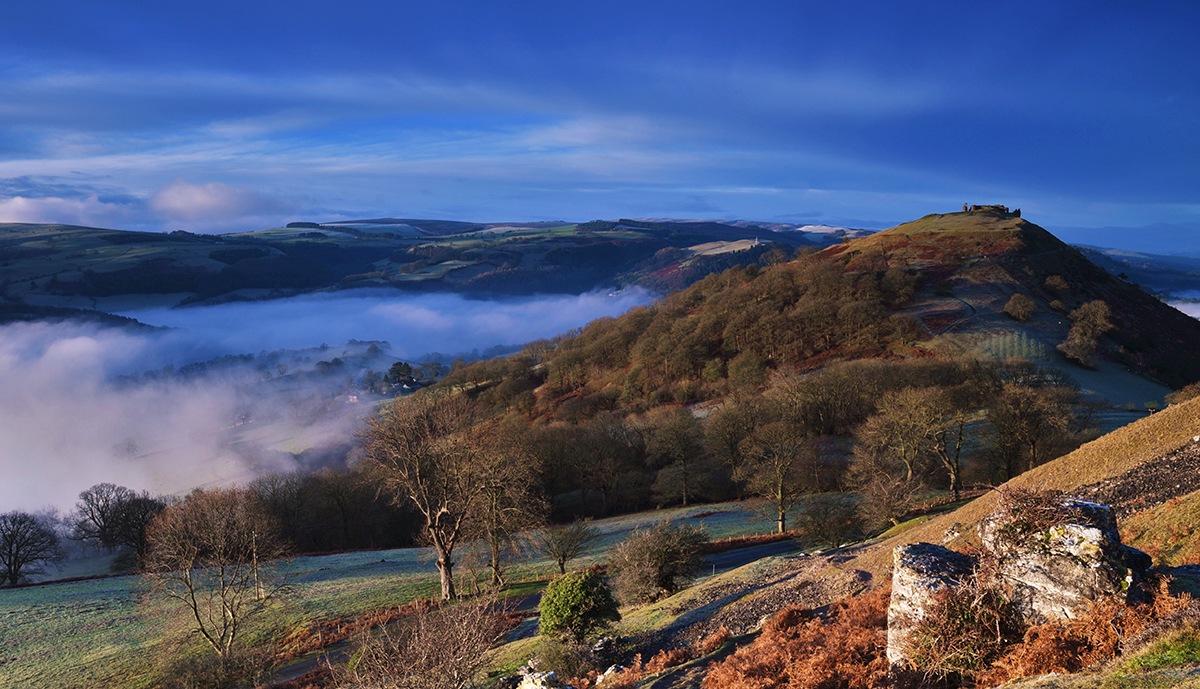 A fairy-tale written in stone.

Gwrych Castle stands amidst a forest overlooking the wild coast of the Irish Sea. The site has long been occupied by a succession of older castles and manors, the first of which the Normans built there 900 years ago. The present-day hillside drape of turrets and towers dates to the 1820s and is the first of numerous reimagined gothic castles built across Europe with the essentially unlimited wealth of 19th-century nouveau-nobility industrialists. Chivalry was resurrected at Gwrych too when during the Second World War the castle became a refuge for 200 Jewish refugees.

During its prime the building included 28 bedrooms, two halls, an oak study, 19 towers and its pièce de resistance: a magnificent 52-step marble staircase. Sadly, today, neglect, looters and the elements have ravaged Gwrych’s former grandeur. But even in its current state of dilapidation, Gwrych retains the power to enchant.

In 2018 the castle passed into the ownership of the Gwrych Castle Preservation Trust – a network of volunteers and philanthropists dedicated to restoring Gwrych to its glittering former glory.

Inspired to visit these castles in North Wales? Base your Welsh castle exploring adventure in our peaceful rental holiday cottage.

Want to own a Welsh mountain miniature holiday castle of your own? Have a look at our holiday homes for sale in North Wales.