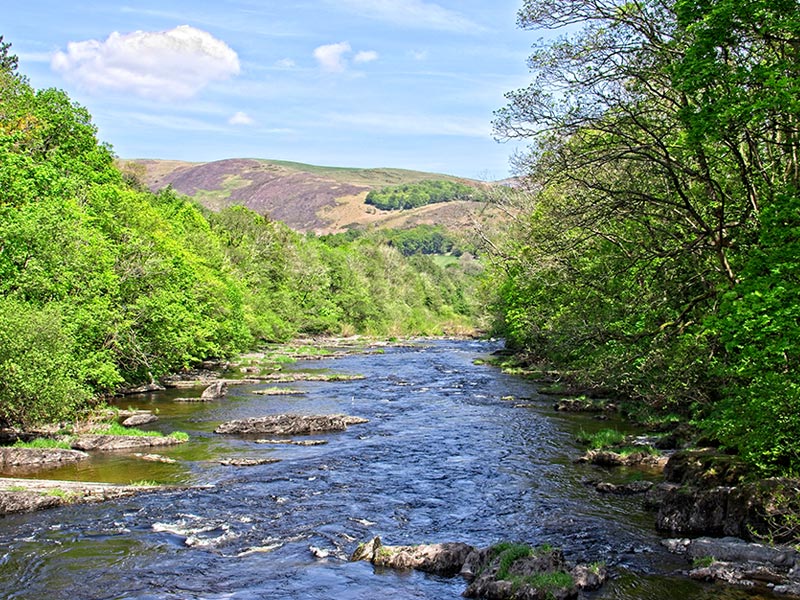 The Berwyn Range is an area of heather-clad mountains and grassland valleys. Less well-known than nearby Snowdonia, here you can enjoy spectacular views along mountain walks and find a truer sense of escape. The highest peak in the range, Cadair Berwyn, is also the highest mountain in Wales outside of the country’s national parks.

Thanks to its many rare animal inhabitants, much of the area is a protected wildlife reserve. Keep an eye out for peregrine falcons, buzzards, and short-eared owls gliding in its the skies and polecats slinking through its woodlands.

The area is also home to an ancient standing stone that presides over the landscape between Cadair Berwyn and another peak called Tomle.

Glendower lies within the Berwyn Range. Walking trails lead directly from the park down through its valleys and up over it peaks.